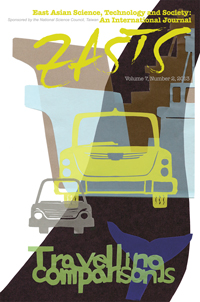 Comparison makes itself at home in motion. Anthropologists, in the field, work to recognize differences through continuously contrasting their findings with cultural and other kinds of knowledge they bring from home or elsewhere. They keep comparing in order to make sense of the links between the particular and the general. They are on the move—either in the geographic or ontological sense—expecting to uncover different ways of being.  On the other hand—and this has been studied less thoroughly so far—, such comparative work is also part and parcel of the very practices under study in anthropology. It is this implicit interplay between different scales of comparison that challenges some orthodox ways of the comparative analysis.

The mobility of scientific knowledge and technology between South and North as well as between laboratory and everyday settings has raised conflicting ideas about progress and development. In so-called developing societies, for example, where daily routines depend on old and new technologies working side by side, anthropologists observe the complex relationships between local innovations and the transnational circulation of people, objects, and information. In ETG, we try to bring together ethnographic accounts of various technoscientific practices in Asia and beyond to draw a closer connection between anthropology and science studies. To do so, we emphasize the intersection between comparing and traveling and propose “traveling comparison” as an experimental tool and one of the defining characteristics of the global present.

For more, see the special issue edited by Gergely Mohacsi and Atsuro Morita for East Asian Science, Technology and Society.